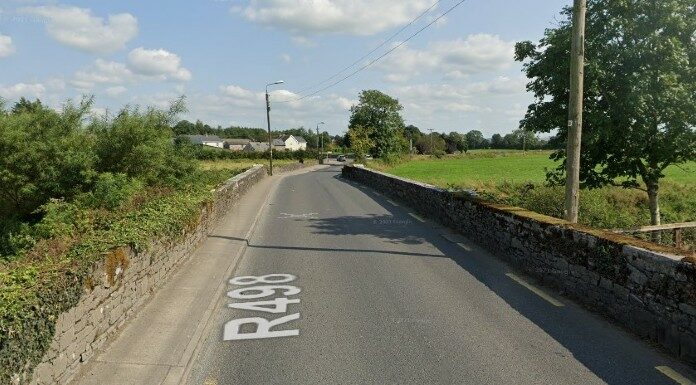 Concerns have been expressed at the recent increase in the number of collisions at Tyone bridge on the outskirts of Nenagh.

Councillor Hughie McGrath has asked council officials to see if anything could be done to improve safety at the bridge on the R498.

He says the bridge is very narrow and has been an issue down through the years and is hoping changes can be made.

“The residents out there have concerns. Really what they’re looking for is for the footpath to be put inside the bridge to allow more room for traffic.

“We had a couple of accidents there recently. I think the Engineering section of the council accept that there is a tight pinch on the bridge but I’m asking now that they look at putting the footpath inside the bridge leaving it as a carriageway for traffic.

Councillor McGrath says a cantilever walkway attached to the bridge would also tie in with future plans for Nenagh.

“We’re hoping it’s going to be part of our Nenagh River Walk where we’re going to have a walk from Tyone the whole way down to the Borrisokane Road and eventually we hope to take the walkway further down to Ballyartella.

“So I think under Active Travel we need to look at this as part of having a safer walking environment for people as part of the new Nenagh River Walk that we’re hoping to have coming along. I know it’s being worked on at the moment.”

Phased return of routine hospital care returning in the Midwest