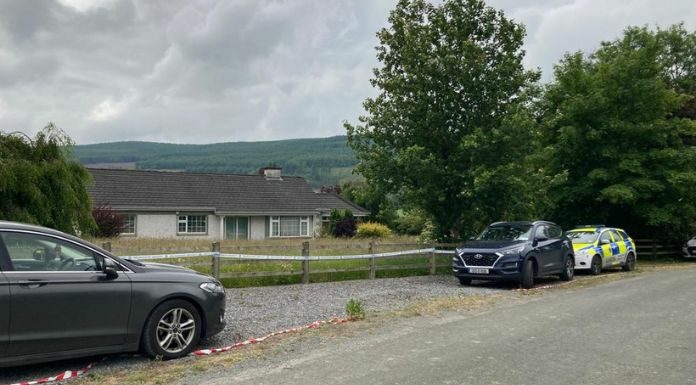 There is grief and sadness amongst the community in Cloneen, as a number of lines of inquiry are opened into the discovery of two bodies in the area.

It’s believed the couple who were found on the outskirts of the South Tipperary village were undiscovered for over 18 months.

Gardaí now believe the two bodies found in the remote bungalow could have been there since November or December 2020.

This is based on some of the items that were found at the house, such as food, milk, and other perishable goods with best before dates going back to that year.

The couple at the centre of this incident were named late last night as 81-year-old Nicholas Smith and his 79-year-old wife, Hilary.

Post mortem exams were carried out in Waterford yesterday but came back inconclusive and Gardaí are now hoping toxicology reports will establish how they died.

It has been reported to Tipp FM that there are a number of lines of inquiry being followed, including carbon monoxide poisoning, Covid, double suicide, and murder suicide.

The latter is reportedly being investigated after someone told Gardaí they were paid by Nicholas Smith to cut the grass until the money ran out.

Today, local Gardaí are widening their search and are at the house from this morning, carrying out searches within the house and the fields surrounding the house.

Approximately eight to ten Garda officers continued their search at the premises today, and it has been reported that the property is under 24-hour surveillance while the investigation is ongoing.

While it is known that they were a quiet couple who liked to keep their privacy, and did not interact with the community, it is clear that the community is in shock and mourning.

A number of locals in the area said that they were not comfortable speaking on record about the deaths, as the couple were not known personally to them, while others said it was “too soon” to give a reaction to the tragedy.

Gardaí are appealing to anyone with information or who may have spoken to the couple at the time to come forward.

HSE working with TUH toward provision of neurology services