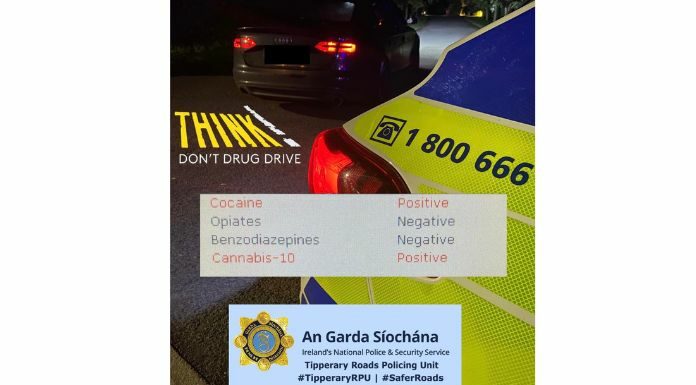 The Tipperary Roads Policing Unit have arrested a driver on suspicion of drug driving in Thurles.

They were alerted to the Audi when they noticed poor driving and then stopped the driver on the outskirts of the town last night..

It was found on inspection that the windscreen was tinted to an extreme level, causing the driver to have little visibility of the road.

The driver then tested positive for cocaine and cannabis and was arrested on suspicion of drug driving.

Grief and sadness amongst the community in Cloneen today